The spirit of sports - An experimental story. 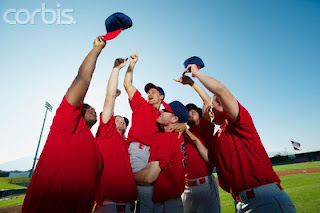 
The match was dense, intense and heated up with hormones, sweat and energy scorching like sex for the first time in all its magnificence. Both the players were equally skilled, well matched and played with their own heart and soul on the line. Even the table tennis table must have sweat ed a bit along with the four walls – the lone spectators, losing themselves in the tension of the game. The ball was served for the game point, the last point and ball bounced on the table along with the heart of the two lone men fighting with each other and with themselves for to lose was unacceptable to them.

Damn Once again draw, draw for the 7th time in a row.

The tired players decided to take a tea break at the club cafeteria. The tea must have been too good, for they never returned to finish the game.

Nobody knew who started the fight nor did anyone remember who cheated at the game first. But that doesn’t really matter as what has happened has happened and there is no going back.
After all a man’s gotta do what a man’s gotta do. A few broken bones, bruised knuckles, scars, scratches, cuts, a few drops of crimson blood shed, violence and fighting.
Of course they won’t be playing for a while but at least they made sure to show they are not pussies.

The jubilation and the celebration of the victory, a well deserved victory flowed and flooded the room – hugs, slogans, shouts, embraces, teases, friendly punches, shoulder slaps, smell of sweat, glory and victory.
“The winning ball goes to” the coach paused with the ball in his hand raised for all to see.
Expectations soured sky high, wavered with expectations and then bloomed fulfilled when the couch with a sparkle and a smile shouted out “the team”.

He lost the game but people respectfully made their way for him as he left the stadium, for anyone can win like a winner wins but only the real sportsmen, men who laugh, cry and break along with the sport can lose like a winner; for they alone love a sport for what it is and what a sport is is just love unconditional.

Sports is something that not only unites men but it is like a bond among us. I remember the fights, the fun, the wins, the loses when I used to play football for my team in college. This post in way is like a dedication to all those moments and those moments that await to put me in bliss in the future.

Guys, This is one of my experimental stories. I have started with exactly 7 sentences and reduced them from story to story to reach 1. I have not taken into account the word count as long as I can limit the number of full stops I use.

I would really love your take on my attempt. And If you loved the above then you will also love my other attempt of the same experimental kind that I wrote a few weeks back - the topic of my stories being the darker shades of women. You guys should try it out.[link]

And guys, one of my political tweets got featured in a BBC article. Check it out. My tweet is above the first picture - the one with the congress supporter with coolers[link].


I was so in seventh heaven when I came to know it. Nothing like recognition of your own words to boost you. Hariprasadm tweeted me about this. Thank you so much dude.

i liked the titles for each of the stories, couldnt have been a better one...the stories r self-contained in their limitations n dont leave any room for doubt unlike my stories!! :)

the loser was a challenge indeed as you had to play with commas and punctutations to prolong the sentence..

@ vinnie - your comments always put a smile on my face and am so happy to have as good a friend as you - a fan. Thanks. :)

and hey your stories always have the much needed womens perspective to things. They rock yaar.

@ chrony - yeah, writing the last piece was a challenge as well as an enjoyment. :D

keep up the game player ;)

Liked the post.. both this one and the one about woman :)

I always liked ur work.. Well this is the first time am commenting here. I like ur 55 fiction, and this one... awesome.. keep writing for ur fans waiting for ur next game with words (experiments)

@ sowmi - am only too happy that you liked my rantings sowmi.

and yeah, I love and enjoy writing too much to stop it....

Loved the lady post as well. Congratz on the BBC thingy!

Feel free to drop by mine anytime.

awesome!! loved the first one the most!! and congos for the recognition.. :D

and yeah man, col days are always memorable... esp those days with sports... :)

thanks 4 your dropping by dude.

@ Richa - Yeah, I too loved the first one. Kind a plays on the fact that we males have large egos.

and hey i jus noticed. green really suits you. :)

muthu- re: your suggestion on crab's ending- it wouldnt have been very convincing. crabs dont help each other out of holes. they drag each other back into holes :)
and anyway, i wanted it to be a single character story. thanks for the suggestion though. i think i'll use it in another flash fiction. 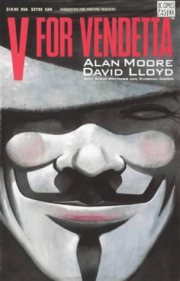